Tomaž Nedoh is an academic musician, a saxophonist and a professor of saxophone. Currently, he works as a professor of saxophone at a lower and middle music school, where he helps guide students on their music path. Beside that, he is also a regular teacher at international summer music schools and a member of judging panels at Slovenian and international music competitions. Years ago he also conducted Ricmanje orchestra in San Giuseppe della Chiusa (Italy) and Wind orchestra in Trebiciano (Italy).

As a saxophonist he collaborates with many renowned Slovenian and foreign musicians, such as Severina, Big Foot Mama and Slavko Ivančič. At the same time, he often performs as a solo artist, both in Slovenia and abroad. And last but not least, he is also composing music himself. So far he has released many musical albums with his own music, among others Reflections (2011), which was recorded live on the homestead of world famous winemaker Kabaj. Recently, he released an album entitled Saxophone LOUNGE MUSIC on which he merged lounge music with saxophone. This caught the attention of the opera singer count Constantin Walderdorff, who’s opinion was that that was a very good project, that can be adjusted to each listener and used in every environment. Upon his invitation Tomaž also performed at the festival, which is annualy held at his castle Höfling in Regensburg. There he played saxophone along lounge music, and with that, in Constantin’s opinion, enthused the visitors.

Along with everything else, Tomaž is often connecting music with other areas of life. In cooperations with winemaker Aleš Kristančič – Movia he composed music that served as a new way of presenting wines, which was well accepted among people. The basis for creating this music was pressure that is created when sparkling wine is opened. With his latest project MENU-ET EXPERIENCE (music in gastronomy), he connected food and music, but his main focus was the power of frequencies, tempo, duration of the phrase, articulation, timbre (a word that describes the tone or the unique sound quality), height and, of course, the right style of music. With that he wanted to show what meaning the music has in correlation with our feelings, in particular when presented with dishes.

Tomaž often performs in Postojnska jama and to us and our visitors his performances are really unique and special. Somehow, he manages to enthuse each and every listener, not only with his performance but also with his amazing energy. 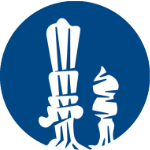 Postojna cave team Postojna cave
I not only admire Tomaž as a musician, but also as a conductor of Big Band Postojna. He is really devoted to his work and always willing to help his students and members of the orchestra to improve their skills. And beside that, he is always full of ideas and is always creating new and interesting projects for the orchestra which have always been very well accepted among people. 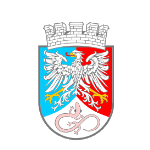 Igor Marentič Municipality of Postojna
Tomaž is not only an artist I admire, but also a good friend of mine. I often invite him to play for my guest and I am impressed with how he always easily manages to charm them with his performance. Beside that, Tomaž is also a very talented composer – he composed music that served as a new way of presenting my wines, which was, in my opinion, very innovative; and was also well accepted among people. 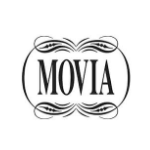 Aleš Kristančič Movia Wines
Tomaž and I have know each other for a very long time and he also often performs at Dvorec Zemono. I know he is just as passionate about music as I am passionate about food. Recently, he told me that he has created a project where he wants to connect music and food. I find it very interesting as I think culinary arts and music are very much connected and that they have no limits. There is this endless exploration in both that keeps you going. I know that Tomaž constatly explores, creates and connects music with many aspects of life, but I am glad that this time he choosed to connect his passion for music with food. I am certain he will connect them perfectly and create an unique experience for guests. 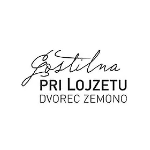